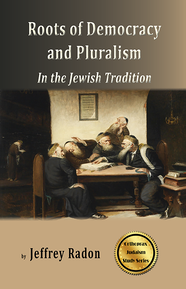 There is a widespread conception not only in the orthodox world (modern orthodox and ultra-orthodox) but also in the secular Jewish world according to which there is an opposition between Judaism and democracy. Jeffrey Radon argues that this is a misconception – and, there are very deep roots of democracy, pluralism, mutual respect and tolerance in the Talmud as the basis of the Jewish rabbinic tradition. 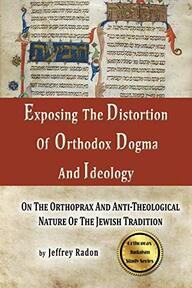 Exposing The Distortion Of Orthodox Dogma And Ideology: On The Orthoprax And Anti-Theological Nature Of The Jewish Tradition

Jeffrey Radon is a teacher of Jewish studies who very much identifies with his orthodox background and lifestyle – he does not identify with an orthodox conception of Judaism.His main argument in this book is that an orthodox (correct belief) conception of Judaism is not only not authentic as is widely believed, but is a distortion of traditional Judaism based upon the Hebrew Bible and Talmud – and, an orthodox version of Judaism is a later historical development following the Talmudic period. He uses the term orthoprax (correct deeds) in the sense of describing the authentic nature of traditional Judaism emphasizing deeds above faith as the essence of religion and not requiring a binding creed.Most important, an orthodox conception of Judaism necessarily leads to division and fragmentation among the Jewish people in delegitimizing those not bound by orthodox dogma and ideology. An orthoprax conception of Judaism in emphasizing good deeds as the essence of religion allows for the bridging of gaps among Jews of differing views and approaches by focusing upon what is in common to all Jews – a commitment to a moral life of good deeds. 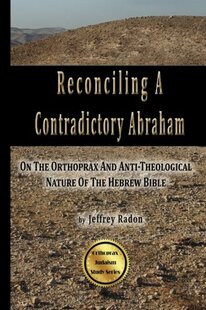 Reconciling A Contradictory Abraham: On The Orthoprax And Anti-Theological Nature Of The Hebrew Bible